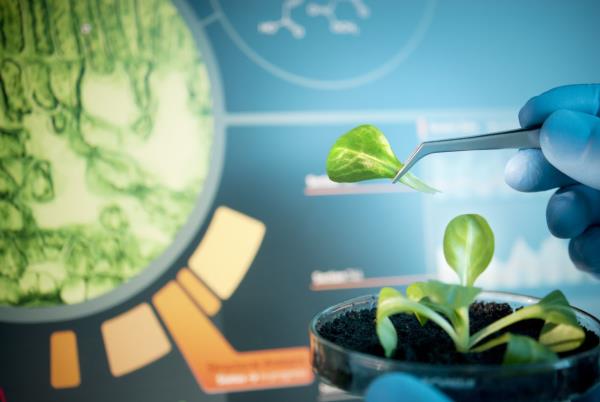 How Secure is our Food?

The last 100 years has seen the world’s population quadruple to 7 billion coupled with an increase in GDP (Gross Domestic Product) of about 20-fold, according to the European Environment Agency 2016. By 2050, the world’s population will reach a staggering 9 billion and with it the demand for food will rise by 70%, making food security the top agenda item globally. Food security is comprised of four components: the availability of a consistent food supply; access to sufficient resources to produce or purchase food; the ability to store and preserve food for an adequate shelf life; and the opportunity to make healthy, nutritious dietary choices. For many people in the world today, one or more of these four components are missing, and their food insecurity is a critical problem.

The food security imperative is compounded by a range of interrelated challenges of climate change, land and water constraints, increased urbanisation, environmental degradation and the need for reduced ecological footprint. And of course, the changing level of income, diet and lifestyle makes the tension and therefore, the realisation of food security ever more prevalent.

However, there is always a silver lining! The opportunity for innovation within the agricultural ecosystem is enormous.  In my view, there are three interrelated areas where attention needs to be focused.

First, the increasingly rich environment of converging technologies such as: nanotechnology, big data, RFID, robotics, drones, autonomous machinery, the Internet of Ag Things and wearable devices and sensors to name just a few present different solutions to existing problems. For example, wearable devices can offer us some unique insights about the state of our health and the environmental impacts which can affect our bodies. In agriculture, there are a number of examples of techno-convergence: the use of LEDs in photosynthesis to speed up crop production or to grow crops out of season; hyperspectral imaging with smartphones to enable early scanning of disease and disorder signals in plants, data processing for aerial analysis and drones in precision agriculture and remote sensing applications. Agriculture is predicted to be one of the major industries to incorporate drone technology in the short term future.

Second, is about public policy. Current public policy continues to be out of sync with that of technological developments and lacks the urgency associated with food security. For example, the last time we had a public debate with respect to Genetically Modified (GM) food was in the 90s. In contrast, nanofoods already exist in the food chain. Nanotech used in sensor contaminant, anti-counterfeiting of food and in UV protection are now common place in food production. For example, nanoencapsulation and nanoemulsions are used in the food processing of ice-cream. Nanotechnology can also be found in pesticides and targeted genetic engineering within agriculture. So, why do we demonise technology when it comes to GM food, and yet the pressure on food production has doubled in the past forty years? The advantages that GM food production offers (e.g. improved crop yields through increased resistance to pest and improved tolerance of drought and flooding) should form a key part in tackling the food security challenge. Education plays a key role here. Raising public awareness by strengthening public policy communications with respect to science and technology, together with encouraging public-private partnerships to increase the level of research funding in agricultural innovation is desperately needed. Innovation within the agricultural sector will need to be better integrated. This means when innovation is introduced in, for example, food outlets, the backward integration with the processing and packaging providers, all the way through to the food producers will have to be aligned, and thus, the cost-opportunity will need to be carefully weighed. Standards and regulations when it comes to international trade will also need to be re-examined to prevent price volatility in the food supply chain that could threaten the long term competitiveness of agriculture.

Third, is about habits, behaviours and lifestyle. Social context influences the path of emerging technologies, and these in turn shape the way people produce, work and live. Currently, in the developed nations we continue to suffer from such habits as waste. For example, for every 100 calories produced only 30 is consumed. Such a habitual trend should not be allowed to proliferate in the long term. On the plus side, technology will change our habits. For example, the emergence of nanocapsules containing nutrients that are released when nanosensors detect a deficiency in one’s body could eventually become the norm. Interactive foods are already being developed that will allow you, in the future, to choose the flavour and colour your food has!

Innovation-driven change is the inevitable action to respond to the challenge of producing and securing healthy and safe food in a sustainable manner to support a rapidly growing world population and radically changing habits of people. Innovation however, must be balanced to global needs, to enable a secure food future for all.